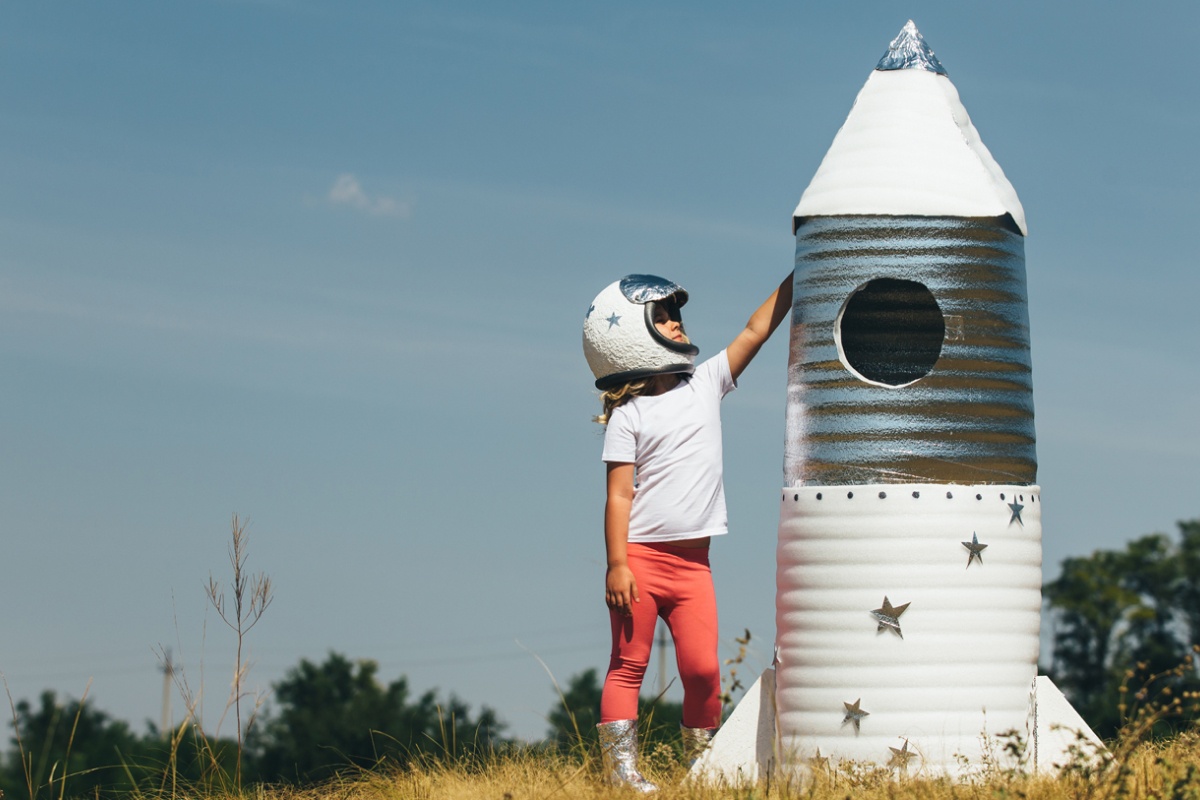 As a field in its relative infancy, UX design is often misunderstood. Even within the industry, there seems to be much debate about what it is and how to categorize it. Ever more frequently the question arises: is UX design a science?

Now you might be wondering: why does it even matter? It’s not necessarily a case of finding the right label. Rather, it’s about understanding what shapes this crucial discipline, the methodologies involved, and how UX designers reach their solutions. The lens through which we view UX design also has an impact on how it evolves over time.

If you’re a new UX designer looking to break into the field, you may be curious about the path you’re about to go down. If you’re a seasoned UX designer, you’ll be no stranger to that all-too-common conundrum of trying to explain your job to others. Either way, exploring both sides of the debate can help us get to grips with this fascinating (and complex!) field.

A Brief History of UX Design

Looking back through the history of UX, you can see that it’s a rich tapestry woven from many different threads. Cognitive psychologist and designer Don Norman coined the term “user experience” in the 1990s, but UX has been in the making for decades.

The beginnings of UX can be traced as far back as 4000 BC to the ancient Chinese philosophy of Feng Shui. Feng Shui is all about arranging your surroundings in the most harmonious way — much like a UX designer will seek the most user-friendly layout for a website or app.

UX design also has some roots in ergonomics, the scientific discipline concerned with understanding the interactions between humans and other elements of a system. There is evidence to suggest that, as early as the 5th century BC, Ancient Greek civilizations were designing their tools and workplaces based on ergonomic principles.

In 1955, industrial engineer Henry Dreyfuss wrote Designing for People — shifting the focus away from the workplace and introducing UX into the realm of consumerism. Dreyfuss’ design philosophy was largely based on applied common sense and scientific principles, and he is credited with improving the usability of some of the most iconic consumer products, including the Hoover vacuum cleaner and the tabletop telephone.

The dawn of the 1970s marked the era of personal computers, with psychologists and engineers working together to focus on user experience. Cognitive scientist Don Norman joined the team at Apple in the early 90s as their User Experience Architect, making him the first person in history to have UX in his job title.

So far, so scientific. In fact, skimming through this timeline, you could be forgiven for concluding that UX design is, quite simply, the product of science and engineering.

However, this is an abridged version based on a small handful of factors — it certainly doesn’t tell the full story. When it comes to defining and understanding the field of UX, the present is just as important as the past. How do today’s UX designers navigate and interpret their role within the current landscape?

UX Design: The Here and Now

Perhaps because of the history of UX, many designers today feel compelled to make the point that UX design is not science.

One such designer is Sherry Wu, who argues that design is neither science, engineering nor art. When trying to explain her job as a product designer, she finds that “the confusion of setting design apart from science, arts and engineering is pretty common to people.”

Indeed, despite growing recognition within the business world, UX design remains something of a mystery in the mainstream. In trying to understand UX design, there’s a tendency to place it in more familiar boxes, like science or art.

“Design is not a science!”

So what’s wrong with lumping UX design under the science umbrella?

As Professor Nigel Cross writes in Designerly Ways of Knowing (1982), “many people have especially warned against confusing Design with Science.” He argues that design is, by nature, constructive, normative and creative: “The solution is not simply lying there among the data, like the dog among the spots in the well-known perceptual puzzle; it has to be actively constructed by the designer’s own effort.”

In her article, Sherry highlights some very clear differences between the two fields. Science, she points out, is concerned with the natural world, whereas design is all about the artificial world. Scientists analyze what’s already there in order to discover the truth; designers analyze not only what’s already there, but also what could be there to improve our lives in some way. Scientists are problem-focused, while designers are solution-focused.

But while it’s true that UX designers cannot rely purely on science and analysis — Cross’ point is that designers have their own instincts and intuitions that defy scientific rationale — this isn’t to say that UX design doesn’t borrow some key methods and approaches from science.

Research, testing and analysis are all crucial parts of the UX design process; without them, how do we know what the user likes? How else can we measure how user-friendly a product is once it leaves the designer’s hands and ventures out into the real world?

Designer Jeff Muller believes that this scientific approach is actually detrimental to good design. In his article Design is Not a Science — Making Design Great Again, he muses:

“Designers have been forced to view their profession through the lens of science…As we’ve been asked to justify every decision through reasoned logic, analytical proof and evidence, designers feel less compelled to rely on instinct. Instead we apply established paradigms or use inane ‘data’ to make choices. At best, it provides bland cookie cutter results. At worst it leads to bogus interpretation of bogus data…It leads to poor choices and bad design.”

“Design is, and should be, a science!”

On the flip side of the coin, some designers argue that approaching UX design as a science is absolutely critical in making it relevant to business.

Anthropologist and UX professional Natalie Hansen believes that primary user research and empirical data about the user’s context, processes, habits and preferences are crucial to business decisions. Product designer Kristina Oliva tends to agree, stating that “UX needs to be recognized as a scientific practice that is being utilized to lead contemporary business models.”

Contrary to Muller’s stance that science makes for uninspiring design, Oliva insists that the scientific method is not as bland as it might seem: “The process of identifying a phenomena of interest, discerning the problems, designing the method of experimentation, and discussing the relevance of results is both highly creative and strategic. There is a reason as to why scientists say that an experiment needs to be designed. Science is as creative as design is scientific.”

What we can clearly see is an ever-increasing need for UX design to make sense for business, and the impact this has on the way UX designers view their own work.

Back in the day, design was the concern of a few individuals. A designer might be someone you hired to make your product look good. But times have changed, and the value of good UX can no longer be ignored: research has proven that design-driven companies outperform their competitors by as much as 219%.

As more and more companies realize the value of UX, they are investing heavily to secure their competitive edge. Design is no longer a private domain; it’s a concern for stakeholders, CEOs, product managers — essentially anyone involved in the brand’s success. It’s therefore no longer enough for designers to be left to their own devices, to go by their gut feeling or designer’s eye. Stakeholders especially want concrete data and measurable outcomes to work with. They want to know that the decisions being made by designers are well-informed, well thought-out, and based on research and evidence. As Jeffrey Humble, Head of Design at CareerFoundry, puts it:

“While designers were born from the art world, we are growing up in a technical world where we are expected to behave more like scientists. We are subject to the changing demands of the industry. In today’s data-obsessed world, the idea of a designer tinkering in a lab seems much more attractive than a designer doodling in a cafe. We have shifted our image.”

Tomer Sharon, Head of User Research and Metrics at Goldman Sachs, describes UX design as “the art and science of generating positive emotions among people who interact with products or services.”

From a strictly technical perspective, it’s plain to see that UX design comprises elements of science, art, engineering, and psychology at the very least. Does this make UX design a science?

That would depend on the designer in question. As we have seen, some designers consider their work a scientific practice; others wholeheartedly reject this notion. What is clear is that UX design will continue to evolve and adapt to an ever-changing social, technological and business landscape. As we become increasingly data-driven, it could be that UX design adopts more methodologies and approaches from science. Whether today’s UX designers see this as a positive or negative influence is another matter altogether.

A graduate journalist and a designer by profession. It was through design and photography that I developed my career. In addition to be an entrepreneur, a few years ago I moved into the tech field, through web design. Working since 2019 as UX and UI, today my focus is on understanding needs and generating solutions for clients, products and services. Empathy is fundamental in life and work, so it is only fair to bring this perspective to add value and seek new paths to the world in which we live in.